Seminars and Scientific Programs are open and free to all attendees.

Free meeting dinner/summer BBQ are included in the paid membership.

For ALL attendees, please register this event by filling the form at the BOTTOM of this page, 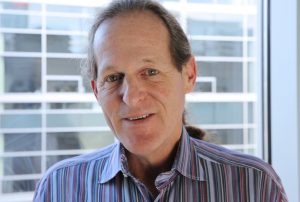 Dr. James R. Heath is President and Professor at Institute for Systems Biology in Seattle. Heath also has the position of Professor of Molecular and Medical Pharmacology at UCLA, and he has directed the National Cancer Institute-funded NSB Cancer Center since 2005. Formerly, he was the Elizabeth W. Gilloon Professor of Chemistry at Caltech, and served as co-director of the Parker Institute for Cancer Immunotherapy at UCLA until 2017.

Heath received his PhD in 1988 from Rice University, where he was the principal graduate student involved in the discovery of C60 and the fullerenes. He was a Miller Fellow at UC Berkeley before joining the research staff at IBM Watson Labs in 1991. He took a faculty position at UCLA in 1994, and moved to Caltech in 2003.

He has received several awards and honors, including the Irving Weinstein Award from the American Association of Cancer Researchers, and the Sackler Prize in the Physical Sciences. He was named one of the top seven innovators in the world by Forbes Magazine.

The past few years have witnessed an explosion of cellular and immune-checkpoint therapies for treating a variety of cancers. These therapies, all of which are designed to promote and/or harness the cancer-fighting capabilities of the human immune system, represent perhaps the most exciting breakthrough in biomedicine over the past few years. These new treatment approaches are advancing hand-in-hand with technology development and new ways of thinking about treating disease. In particular, single cell methods and algorithms that can help researchers understand large, high-dimensional data sets have become essential tools for understanding patient trials and for designing next generation immunotherapies. Even as these state-of-the-art approaches open up new views into tumor immuno-biology, they also uncover new fundamental questions. In this talk I will discuss certain of these computational and single cell analytical methods and that rapid advance from concept to clinic. I will also identify emerging single cell analytic tools that are being used to define tumor-antigen-specific T cell populations for personalized cell based therapies. 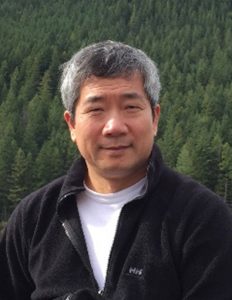 “The biomedical and biopharma ecosystem for innovative drug discovery in China.”

Dr. En Li is Head of Novartis Institutes for BioMedical Research in Shanghai since 2007, where he leads innovative drug discovery and clinical development programs with focus on cancer, liver disease, and regenerative medicine. He joined Novartis Institutes for BioMedical Research as Vice President, Epigenetics Research and Animal Models of Disease in Cambridge, Massachusetts in 2003. Prior to that, he was Associate Professor of Medicine at Harvard Medical School and a member of the Cardiovascular Research Center and Cancer Research Center of Massachusetts General Hospital in Boston, Massachusetts.
His research interests include cancer genetics and epigenetics, mammalian development biology, stem cell and regeneration. He has co-authored more than 120 scientific papers and review articles. He received his B.S. in biochemistry from Peking University in Beijing and Ph.D. in biology from MIT in Cambridge, Massachusetts.

Chinese biotech industry is booming. However, true innovative drug discovery is still at its infancy. Dr. Li will introduce the current trends of the biopharma industry and life science innovation ecosystem in China and share his first-hand experience of pursuing innovative drug discovery at the Novartis R&D center in Shanghai. While there are great opportunities for collaboration in translational medicine and drug development, the major challenge is in building a science-based innovation culture and investing in future drug pipelines that can complete in the global markets. 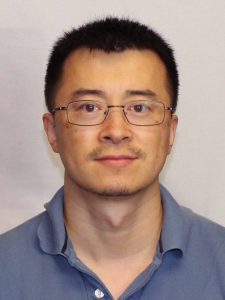 Dr. Li Xin graduated from Nanjing University in 1996 and received his Ph.D from Shanghai Institute of Biochemistry and Cell Biology in Chinese Academy of Sciences in 2001. In 2008, he completed a postdoctoral training at UCLA with Owen Witte and joined the Department of Molecular and Cellular Biology at Baylor College of Medicine (BCM) as a tenure-track Assistant Professor. After ten years at BCM, he moved to University of Washington (UW) in 2018 and became a tenured Professor holding the Pritt Family Endowed Chair at the Department of Urology. His laboratory is interested in using the prostate as a model system to study developmental biology, stem cell biology and cancer biology. Studies from his laboratory have been published in Cancer Cell, Cell Stem Cell, and Molecular Cell etc. Dr. Xin’s research is supported by NCI and NIDDK. He is a standing member of the NCI tumor progression and metastasis (TPM) study section.

His talk will summarize the contribution of my laboratory to the filed of the prostate stem cell biology by briefly introducing several past and ongoing projects in my laboratory. Understanding how normal prostate epithelial lineage hierarchy is maintained will provide insights into mechanisms underlying the initiation and progression of the prostate-related diseases. The basal and luminal cells constitute most of the prostate epithelium and have been the major focuses of the study on the prostate epithelial lineage hierarchy. Much progress has been made during the past few decades, mainly using mouse models, to understand the inter-lineage relationship and intra-lineage heterogeneity in adults as well as the lineage plasticity during conditions of stress. These studies have concluded that the adult mouse prostate basal and luminal cells are largely independently sustained under physiological conditions, but both types of cells possess the capacity for bipotent differentiation under stress or artificial experimental conditions. However, the existence or the identity of the putative progenitors within each lineage warrants further investigation. 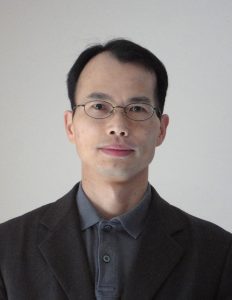 “The Driving Forces of Heart Regeneration.”

Dr. Zhang is currently a Senior Scientist in the Department of Medicine (Cardiology) and a faculty member of the Institute for Stem Cells and Regenerative Medicine (ISCRM) and the Center for Cardiovascular Biology at the University of Washington. Dr. Zhang is also a member of the Brotman Baty Institute. He earned a Ph.D. degree in Biomedical Sciences from the University of Montreal, Canada. Sponsored by the Fellowship from the Heart and Stroke Foundation of Canada (HSFC; 2006-2008), Dr. Zhang was trained in the Cardiology Fellowship Program at Johns Hopkins Medicine, focusing on developmental cell biology and electrophysiology of stem cells and cardiomyocytes, and regenerative medicine. He was a Senior Fellow at the Cedars-Sinai Medical Center and a Staff Scientist at the City of Hope National Medical Center. Dr. Zhang joined the Division of Cardiology, UW Medicine in 2011. Prior to his current position, Dr. Zhang was appointed as a Research Scientist, Acting Instructure, and Acting Assistant Professor of Medicine, UW Medicine. As a Principal Investigator funded by the HSFC, the NIH, the AHA and other agencies, Dr. Zhang leads his basic and translational research on cardiovascular diseases using multi-disciplinary approaches: cell cycle control and epigenetics of cardiomyocytes and stem cells for regenerative medicine, electrophysiology, transgenic animal models, single-cell imaging and omics (sequencing), and bioengineering. Dr. Zhang has published 54 highly referenced peer-reviewed research articles. And he has received a number of honor and awards, such as the Outstanding Research Award (First Prize) from the 1st Asian Cardiovascular Symposium at Basic Cardiovascular Sciences (BCVS) (2019), Innovative Project Award from the AHA (2018-2020), the NHLBI/Keystone Symposia Scholarship (2009), the International Society for Heart Research Young Investigator Award Finalist (2008), and the HSFC Doctoral Research Award (2003-2006).

Despite recent compelling evidence demonstrating cardiomyocytes renewal in postnatal and adult hearts which has shifted the paradigm in heart biomedicine, the underlying cellular and molecular mechanisms remain largely unknown. Dr. Zhang will introduce his work using multi-reporter transgenic mice for rigorous analysis of cell sources and molecular processes in endogenous cardiomyocyte regeneration. He will also show how miRNA and epigenetic manipulations can be utilized to promote cardiomyocyte cell cycle. Using lineage tracing and maturity reporting models and advanced single-cell imaging and transcriptomic/epigenetic analyses, Dr. Zhang identified the roles and mechanisms of cardiomyocyte dedifferentiation and cell cycle reactivation (proliferation) in heart disease and regeneration. 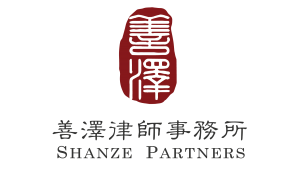 Shanze Partners is a boutique law firm focusing on serving local entrepreneurs and international investors in the Greater Seattle Area. Within only two years after its birth, the firm has provided high-quality legal services to a number of Seattle start-ups in high-tech, culture & publishing, health & biotech, entertainment, and food & restaurant industries. The firm has also become trusted legal advisors to international business investors and large corporate entities who wish to expand in the region. In addition to its core services on corporate structuring, business compliance, and commercial transaction, Shanze Partners have also successfully advised clients on commercial leasing and real estate investment, business-related immigration, financial restructuring, strategic trademark application, and estate planning. Although attorneys at Shanze Partners are not frequent visitors of court, they do represent clients in complex commercial litigation and bankruptcy proceedings.

The Chinese name of the firm, 善泽, reveals the firm’s strong commitment to the causes of public interest. The firm maintains a close tie with local nonprofit organizations and is proudly serving many of these organizations as their legal counsel.

Most of the attorneys and staff at Shanze Partners speak and work in English and Chinese.

The Seattle Chinese Biomedical Association (SCBA) is a non-profit organization founded by a group of professionals working in biomedical field at University of Washington. It was officially registered in 1993 with its members distributed in universities, hospitals, research institutes and bio-pharmaceutical companies in Seattle area.

As described in the Mission Statement, SCBA strives to provide a forum for the exchange of information related to life science as well as normal life for the Chinese community in the Seattle area. The association has hosted many scientific seminars and invited speakers from other areas in USA and China. The association has also organized many other activities to meet different requirements from the members.

If you are working at biomedical field area, or are interested in life science, you are welcome to join the SCBA. We need your suggestions, participation and support!