Today is a very special day. 25 years ago in 1993, SCBA was founded out of University of Washington. I want you ALL to take a brief moment to recollect, what was happening in your life in 1993, when Google was not even a word, iPhone was just a science fiction, and Amazon was meant to be a river in South America. I will give you a few vignettes to put people in this room into perspective:

25 years could span the entire career for many. SCBA is a perfect lens to see through a generation of overseas Chinese scholars, as they train, work, struggle, survive, and thrive in both US and China. What they have accomplished are mind-boggling. I will share a few exemplars with you:

I want to stress that a humble non-profit like SCBA, has made a lasting impact in the global biomedical enterprise. I’m so thrilled that these distinguished alumni have come back and join us tonight. There are so much to celebrate: ones’ career, ones’ life. And tonight, they all belong to SCBA.

I’m so proud to be a part of, and to have led this extraordinary organization. Our mission will continue; our future is bright–knowingly the path will be strenuous. But I am determined, and I am optimistic.

I want to thank every one of you, for being here tonight, for all your supports over the years. Especially, my mentor of lifetime, Dr. Lee Hood; colleagues from UW, ISB, P4Medicine Institute, Swedish, Providence and Fred Hutch; my fellow board members, physicians, industrial leaders, and all the generous sponsors who have made the celebration tonight possible.

I implore to you all, let’s work together to weather all the difficult climates, naturally and politically, for a better and healthier world!

“China Meets Seattle, Sleepless One More Night!”. Let’s Celebrate and Have Some Fun!  Thank You! 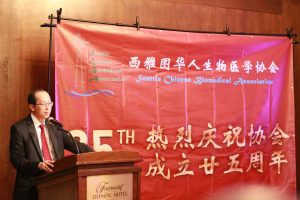 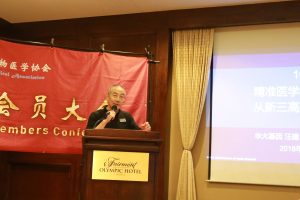 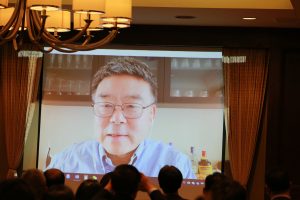 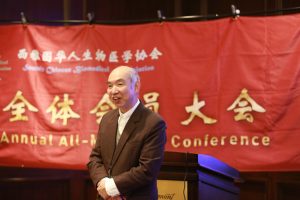 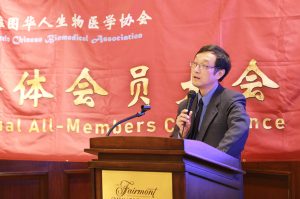 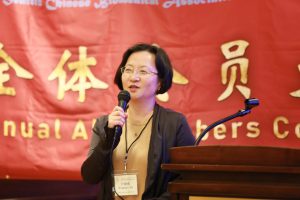 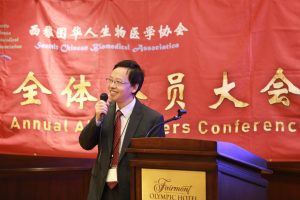 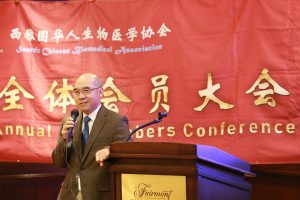 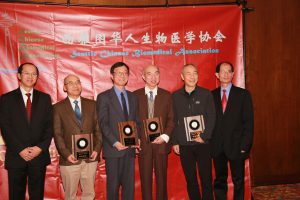 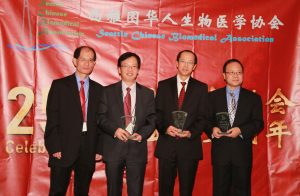 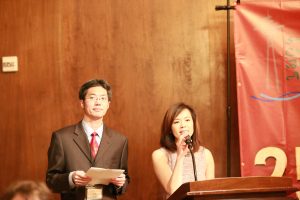 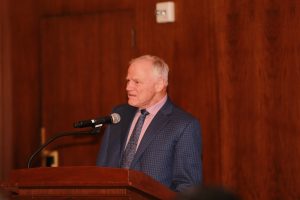 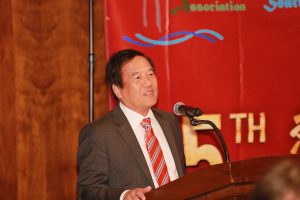 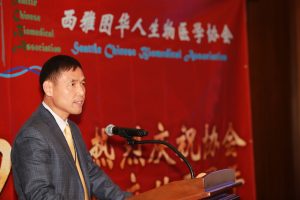 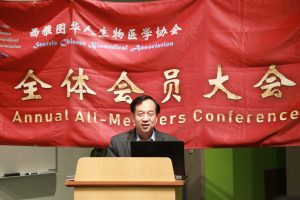 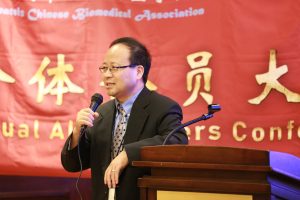 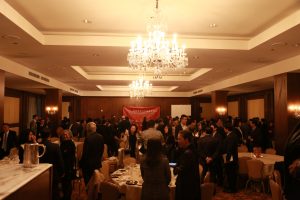 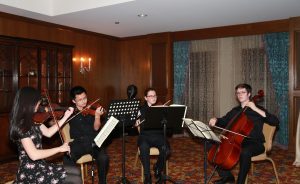 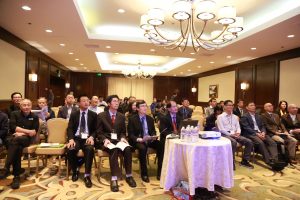 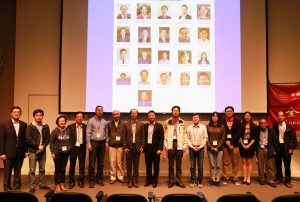 Current Board Members and devision:

In this annual meeting, the world class speakers from local academic and non-profit institutions, as well as biotech industry were invited. The keynote speaker, Dr. William A. Catterall, Professor and Chair of the Department of Pharmacology at University of Washington, and a member of the US National Academy of Science gave an updated view on “Structural and functional studies of the voltage-gated sodium channels”. In addition, we had “2014 Gateway Cancer Researcher of the Year” Dr. Edward H. Lin from UW/FHCRC to share with us his award winning ADAPT trial for advanced colorectal cancer (CRC); Dr. Yiwu He, Associate Director of Translational Sciences from Bill and Melinda Gates Foundation, to discuss vision and strategy for fighting global infectious diseases including Ebola; and Dr. Che-Leung Law, a Senior Director of Seattle Genetics, to talk about industrial perspective of drug development.
The 2014 SCBA All-Member Annual Meeting was launched with a great success. Thanks to all participants!
During the meeting, we will also elect new members to join the SCBA Board.